It seems as if frequently genealogy and a love of cemeteries go hand in hand.  Visiting old cemeteries seems to be a natural part of most genealogists’ hunt for old ancestors.  My own personal love of genealogy was born in an old family cemetery.

When I travel to new places I enjoy visiting historic buildings and old cemeteries.  Over the years I have visited such notable graves as Doc Holiday, Buffalo Bill, Wild Bill Hickok, and Calamity Jane.  During my travels I have visited old Confederate cemeteries full of unknown dead soldiers and even a cemetery full of nothing but mules, donkeys, and goats who served as base mascots for Ft. Sill, Oklahoma. 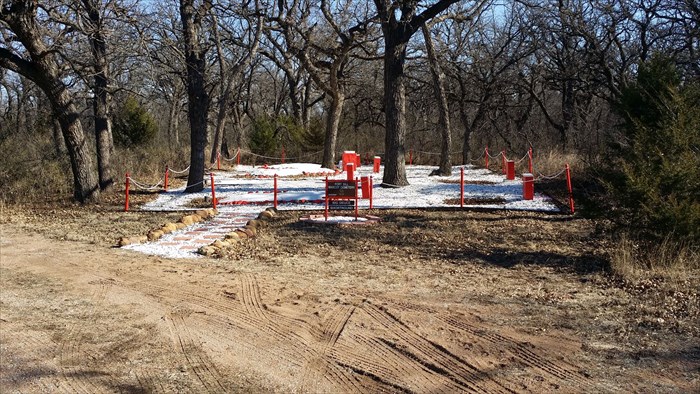 Recently one of the cemeteries I visited was the Fort Sill Indian Agency Cemetery in Oklahoma.  The cemetery, also called the Beef Creek Apache Cemetery, is noteworthy for containing the graves of Apache prisoners of war, including the grave of Geronimo and several of his family members who were held at Fort Sill. 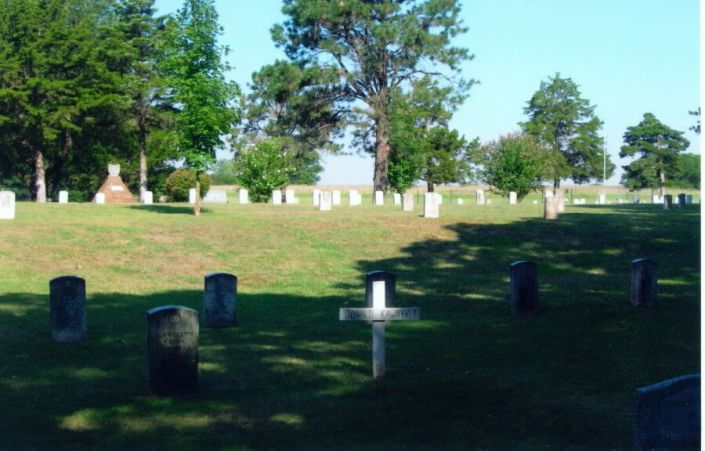 Geronimo has a large headstone easily spotted from the road of the cemetery.  It is in the shape of a pyramid with an eagle standing with spread wings on its top.  A closer inspection of the memorial reveals countless items left on and around it.  Feathers, coins, tobacco, all little pieces of tribute left for the great chief by visitors to his grave.  The large stately grave of Geronimo stands out among the sea of simple stones that fill the cemetery.  It seems like a peaceful final resting place. 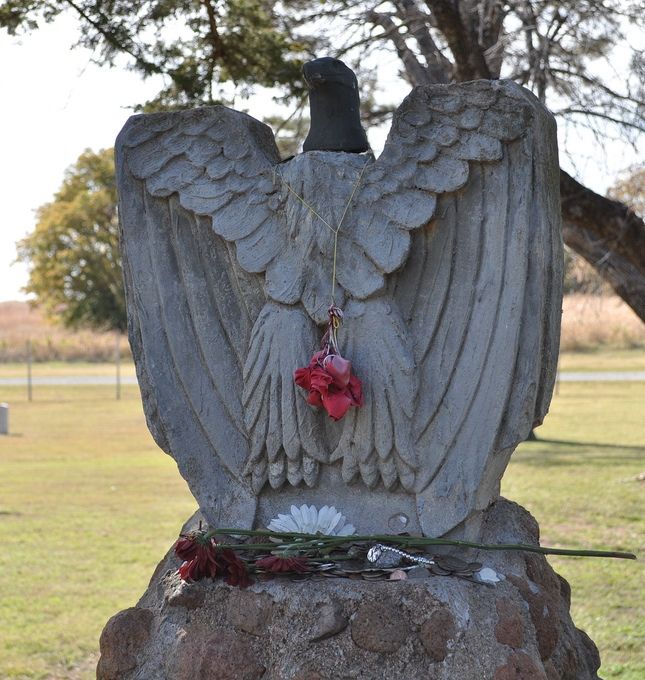 More to the Story

There is more to the story of Geronimo that goes beyond the date of his death in 1909.  The grave of Geronimo has been the subject of more than one conspiracy story indicating all or part of his body has been removed from his Ft Sill grave.  During more recent times there have been fights to exhume his remains and remove them from the Army base by Native American groups looking to honor his final wishes.  Even in death it seems it’s hard for Geronimo to stay put.

The first and probably most well known story involving the removal of Geronimo’s remains involves a prestigious secret society at Yale, the Skull and Bones Club.  According to lore several club members, to include Prescott Bush, stole Geronimo’s skull as part of a club ritual during World War I.  This story has been disclaimed by both members of the club and officials at Fort Sill but still remains a source of mystery.

The second story is less known and has less evidence to support its credibility but still bears mentioning.  In 2009 a man from Wichita, Kansas told a story to a reporter, Amanda Warner, of the Times Record News that indicates the body of Geronimo may have never been there for the club to steal.  According to Gene Keeler, a Comanche descendant, the body of Geronimo was secretly moved by a group of men that included his Grandfather, Samuel Dave Cerday, shortly after his death.  According to details relayed to Keeler the body of Geronimo had been moved to the Elk Mountains near Indiahoma, Okalahoma to unmarked grave to remove him from Army control.

Does Geronimo truly rest under that elaborate stone?  We may never know.  So far efforts by his descendants to have his remains moved have been unsuccessful.  Short of actually exhuming the remains to see if some or any are contained in the grave there is little chance of finding out.  One thing is for certain even over a century after his death; the countless tributes left in his honor indicate he left a lasting mark on the world that lasts long beyond his life.

This site uses Akismet to reduce spam. Learn how your comment data is processed.

Remembering the Past Australia

Tales and thoughts from a quiet soul and seeker of simple

Its good to be crazy Sometimes

Past lives in the present

The art of step-by-step instructions

The Keeper of Stories

The Heneker Family - Pioneers from Kent to South Australia

Stories I Don't Want to Forget

Digging Up My Roots

one ancestor at a time

.. ramblings of a craft addicted genealogist

The experience, strength and hope of a recovering addict struggling with the disease of addiction.

Your window into the fascinating world of archives, manuscripts and rare books

Tech News for You

This, that, and EVERYTHING in the middle